RSA keys under 1024 bits are blocked

Microsoft announced in June that in Aug it would “To further reduce the risk of unauthorized exposure of sensitive information, IT has created a software update that will be released in August 2012 for the following operating systems: Windows XP, Windows Server 2003, Windows Server 2003 R2, Windows Vista, Windows Server 2008, Windows 7, and Windows Server 2008 R2. This update will block the use of cryptographic keys that are less than 1024 bits.” http://blogs.technet.com/b/pki/archive/2012/06/12/rsa-keys-under-1024-bits-are-blocked.aspx

Cryptographic keys are becoming longer, drive by Moore’s law; the observation that over the history of computing hardware, the number of transistors on integrated circuits doubles approximately every two years; a few years ago, most certificates were issued using 512-bit key lengths. With the computers we had then, brute forcing a private key was considered to be unfeasible, because it would take a ridiculously long amount of time. But now, most security experts consider that length to be too short, because of how fast processor power evolved, and with things like GPU arrays being used to crack passwords and so on. As the attack vectors evolve, so must security, and as such any modern certificate is now issued with a minimum of 1024 bits. But many businesses and corporations make their own certificates for a variety of purposes, from signing emails, to encrypting corporate websites, or even for their own internal login systems. Up until now, Microsoft products, such as Windows Server 2003 or 2008, allowed you to create certificates with a short key length, but after this update, this will no longer be possible

If you’ve been using good security practices and your systems are kept up to date, the odds are this won’t affect you. However many businesses have a number of systems possible dating from several years ago, which may have certificates that do not meet the Microsoft’s requirements. After the update has been applied, you will start seeing errors about the following situations

Posted by GeraintPhotography at 08:43 No comments:

Some pictures of my talk at Bedford College, 28th June 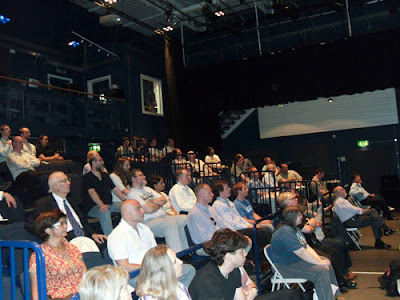 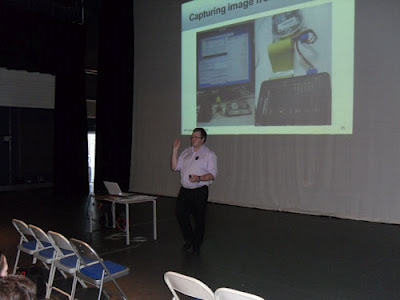 Posted by GeraintPhotography at 13:54 No comments:

Email ThisBlogThis!Share to TwitterShare to FacebookShare to Pinterest
Labels: Presentation

Analysis of the logs files from my ADSL router for June, there was a large number of UDP scans which emanated from China. 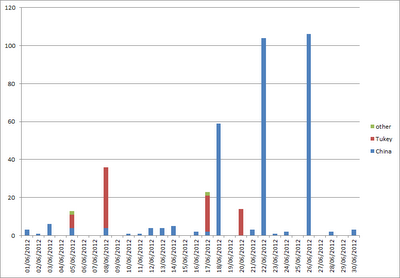 The detected events broke down country wise as follows